An award winning professional on a mission 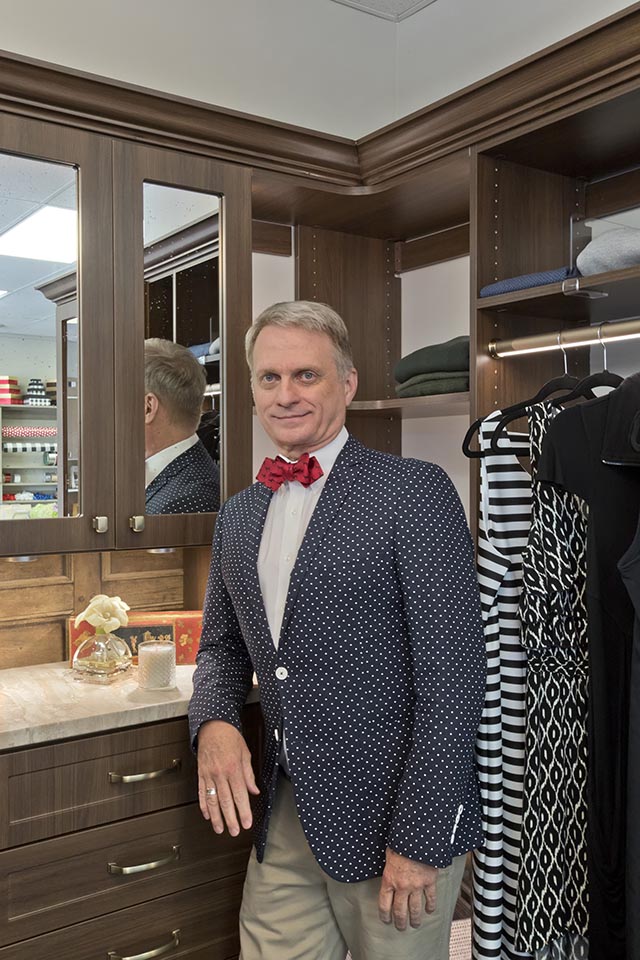 Chris McKenry is an award winning professional on a mission. Knoxville native Chris McKenry recently returned home to Knoxville after spending several years in Los Angeles. He has brought the passion and desire to help people overcome their clutter and benefit from a more organized life.

“A lot of people want to be organized, but they don’t know where to start,” McKenry said. “That’s where I come in. I can add some level of order to people’s lives in a way that is easy for them. I like to think that I sell peace of mind.”

Closets by McKenry sells closet systems—racks, drawers and other furniture pieces—that give people the tools to add some organization to their lives. These systems don’t organize themselves, but it gives people specific places to put things. And even though the business has “closet” in the name, that is hardly the only place these systems can be used. They can also help people get their offices, garages, basements and pantries in order. “The systems we sell at Closets by McKenry can serve as useful tools for anyone who wants to arrange spaces in their home or office,” McKenry said. “Whether you’re someone who always makes sure everything is in its right place or a person who is perpetually cluttered, you can’t get organized if you don’t have the right places to put stuff.”

An additional appeal of Closets by McKenry is the fact all the closet systems are manufactured in East Tennessee. That means customers who buy closet systems from McKenry are able to not only get organized, but also support local businesses in the process. Chris has been in the industry for several years, accumulating many accolades and organizations’ accreditations. While president of the Los Angeles chapter of the National Association of Professional Organizers (NAPO), from 2005-2007, Chris created the Los Angeles Organizing Awards. This has become a national event honoring the best in the growing organizing industry. In 2008 Chris received the “Shining Star Award” at the NAPO National Conference for his work advancing the organizing industry. Chris is served on the NAPO board of directors from 2009-2011.

A popular speaker, Chris has been featured in The Los Angeles Times, LA Weekly, Women’s Day and “O” The Oprah Magazine; as well as other media sharing the organizing skills for your home, office and life.